We managed to do some work on the orchard site today. We took down three small trees (2 elm and one hawthorn) and logged them into convenient lengths. The selection of these trees was to open up the access space. My wife discovered the joys of hawthorn thorns!

The more often we see the road side hedge the greater the realisation how poorly the land has been maintained in the past few years. There are some large gaps and a lot of dead wood.

We're trying to create a stockpile of poles suitable for the uprights in the hedge laying process. Trunks which are too thick are cut into shorter lengths and stacked for seasoning as fire wood. I forgot some of the chainsaw lessons while tidying the branches and managed to cause the chain to jump off the chainsaw bar. I'll be doing some chainsaw servicing tonight.

We've also ordered 220 metres of 16mm Polysteel rope and a manual 4 ton winch, these will be used in the process of directional felling of the trees close to the road. It is all part of the coppicing work. I'll be brushing up my rope skills such as eye spicing thimbles in at the ends of the ropes.

We performed some brush cutting to chop down some more of the jungle (grass, thistles, cow parsley etc., but kept the session short so the noise didn't disturb the neighbouring homes too much on a Sunday. The soil looks to be good quality alluvial loam which bodes well for the fruit trees of the orchard. We should also be able to plant some herbs between the trees as a crop.

This week we've seen an owl and pheasant on the land, plus all of the other usual small birds such as blackbirds, robins and blue tits. When we deal with the coppicing of the trees we'll keep an eye out for nesting places and preserve if possible or provide an alternative.
Posted by Oaksys at 20:32 No comments:

Some vandalism at the Turnditch Orchard

We arrived on Turnditch site this morning to find the gate lock to our land had been vandalised. One of the locks had been smashed off the chain and an eye-bolt used as a hasp had been damaged beyond repair. The public footpath remains unrestricted by us with the stile in its original condition. The local farmer who has documented right of access to the adjoining fields has been warned we've changed the locks and we've provided them with a set of keys for the new locks.


You can see the hammer marks on the old stone gate pillar. Clearly someone has taken a hammer to the old lock and hasp to gain access to the land. We wonder why they think they have the right to do this? There were some sheep hoof marks in the access route which had not been there before so it may be that someone has been moving sheep, possibly theft/rustling  through our land.

Edit: Outcome. It was a young labourer working for the farmer. They'd had to move the sheep as a matter of urgency. He panicked and chose a "quick" fix when he didn't have the key for the padlock. Just one of those joys of ownership.

Suggestions for the choice of apple trees

We've used the Internet to seek suggestions for the choice of apples to plant.This is the list of the suggestions we've received so far:


We'll have to have a think about what we plant where and when. Other suggestions would be welcomed. We've also discovered a local community orchard project not too far away. We must visit it and get some ideas.
Posted by Oaksys at 11:59 No comments:

We have just ordered the first fruit trees for the orchard: 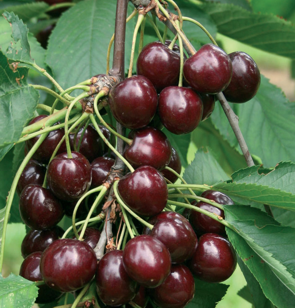 Quince
We'll be planting these during the next few months. It is only a start with others to follow.

Update 27/03/2014 - We've also included a Walnut tree kindly donated by our neighbours. It is now planted.

I've just seen the announcement of a web site for the Tiger Inn in Turnditch. I must pay them a visit when I'm not wearing muddy boots from the orchard site.
Posted by Oaksys at 18:01 No comments: