Complexities in creating an orchard

It pays to look and think when planning work on agricultural land. When we purchased the land just over a year ago our solicitor did the usual searches for drains and pipes close to the land but nothing unusual showed up. We also ran our own internet searches with the national grid and nothing showed. Once we'd cleared the undergrowth around the hedges we noticed a couple of marker posts just inside the boundary fence of our neighbouring farmer. The detail plates were missing from both marker posts. 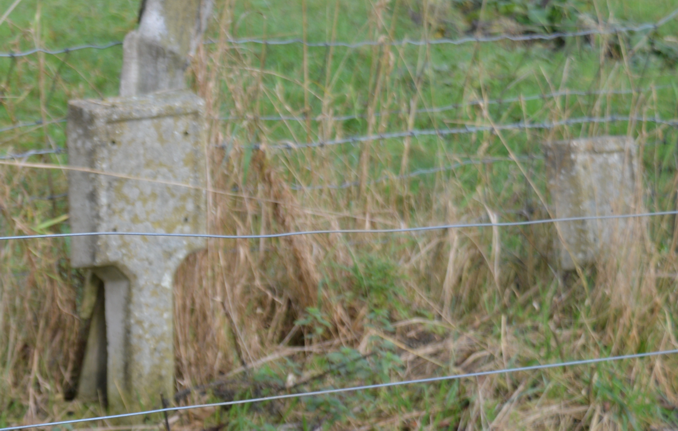 The posts were clearly quite old and covered with lichen. There were no obvious clue as to what utilities lay nearby. None of the local people seemed to know what services were represented or whether they no longer existed. After a lot of work tracking down old plans we were able to find the record to two pipes crossing the adjoining field. 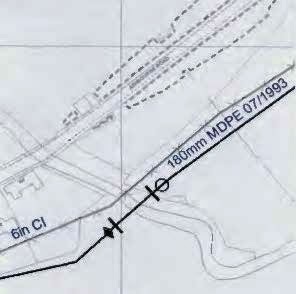 One of the pipes is an old water clay pipe with a six inch diameter. This is now disused. A little further away to the south is a more modern plastic pipe (18 cm) also believe to be carrying clean water. I'm not sure when these pipes were laid, but there are no signs of soil disturbance, though the plans I've seen a date of July 1993 for the plastic pipe.

The small circle on the plastic pipe in the plan represents either a bowser point (A point on a water supply system where it is planned to put one or more water bowsers in the event of disruption to normal water supplies)  or an inspection hatch (A vertical access shaft from ground level to a surface
water sewer to allow cleaning, inspection, connections and repairs). We need to do some more investigation to establish the exact location because even though the pipe is not on our land it can influence what we plant.

As we are planning to undertake willow spiling on the river bank we need to be sure it is 10 metres distant from the water pipeline.