I was hard at work cutting down overgrown grass and thistles in the orchard site yesterday when the officials of the local angling club paid a visit. We'd spoken on the phone before but it was good to meet them in person. They were spending some time cutting down Himalayan Balsam while awaiting delivery of 200 young grayling fish. They are re-introducing the grayling into the River Ecclesbourne. The young fish had been raised in a local fish farm using grayling parents borrowed from the nearby River Derwent. I was leaving for some well earned lunch just as the car arrived carrying two large plastic bags containing water and fish. The release of fish was supervised by the local nature conservancy organisation.

We are really pleased with the progress of the hedges which we'd had relaid earlier this year. There are some gaps in the hedge we'll need to deal with, but overall it has been very successful. Even though it seemed expensive at £11/metre compared with wire stock fence at £4/metre the results are worth the extra expenditure.


We particularly pleased that the ash trees which were extensively damaged by sheep during the winter have pulled through and are successfully sprouting after pleaching and laying of the restored hedgerow. The hungry sheep had almost completely ring-barked the trees. In the picture below you can see the see the same tree/sapling after the sheep damage (it is the thicker light brown trunk). 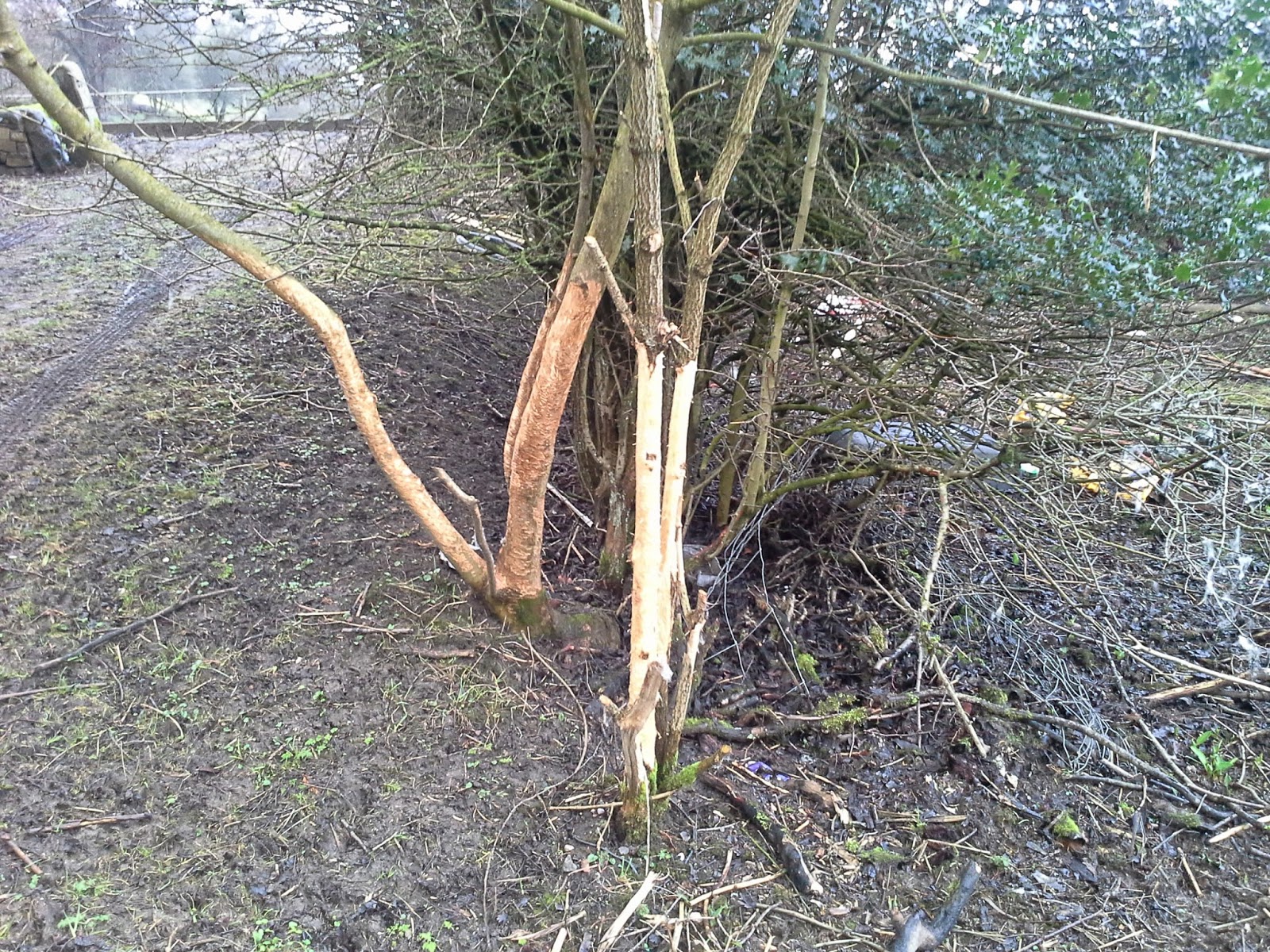 We're still waiting for a quote from a local fencing contractor to provide a stock fence to protect the hedge from grazing animals. It's only been three months delay so far! This chap was recommended by our neighbouring farmer, but it is stretching our patience a bit, so we'll probably go back to the contractor we used for the roadside stock fence.

Last autumn we experimentally felled three Ash trees to evaluate how well they'd respond to coppicing. During the past couple of days we've noticed there is some lively regrowth around the base of the felled tree.  This is important as we want to make sure the trees on the embankment slopes continue to live after coppicing. If they die away it could be bad for soil stability.

We're not completely mowing the field. We're leaving some stands of grass and natural plants we'll allow to grow to full height. This will help to improve diversity while not allowing the weeds to rampage. 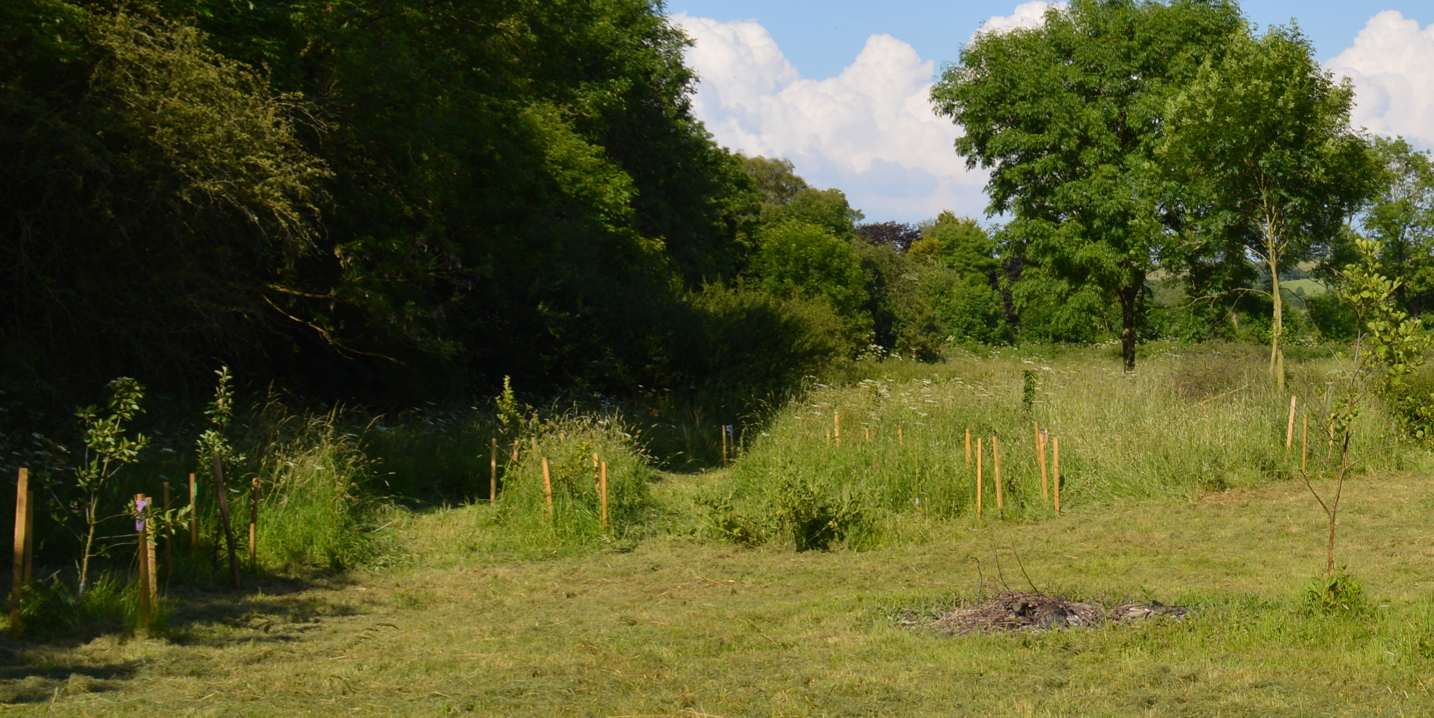