The river is still in spate today after the heavy rain over the past few weeks. The picture below shows the current level and some debris from a fallen tree.  This picture was taken from the road bridge. We're planing to clean the bank side and remove many of the failed trees. In their place we'll be planting some willow to consolidate the banks Their thick roots can withstand water logging in the soil and will dig down deeply binding the soil against flood erosion. 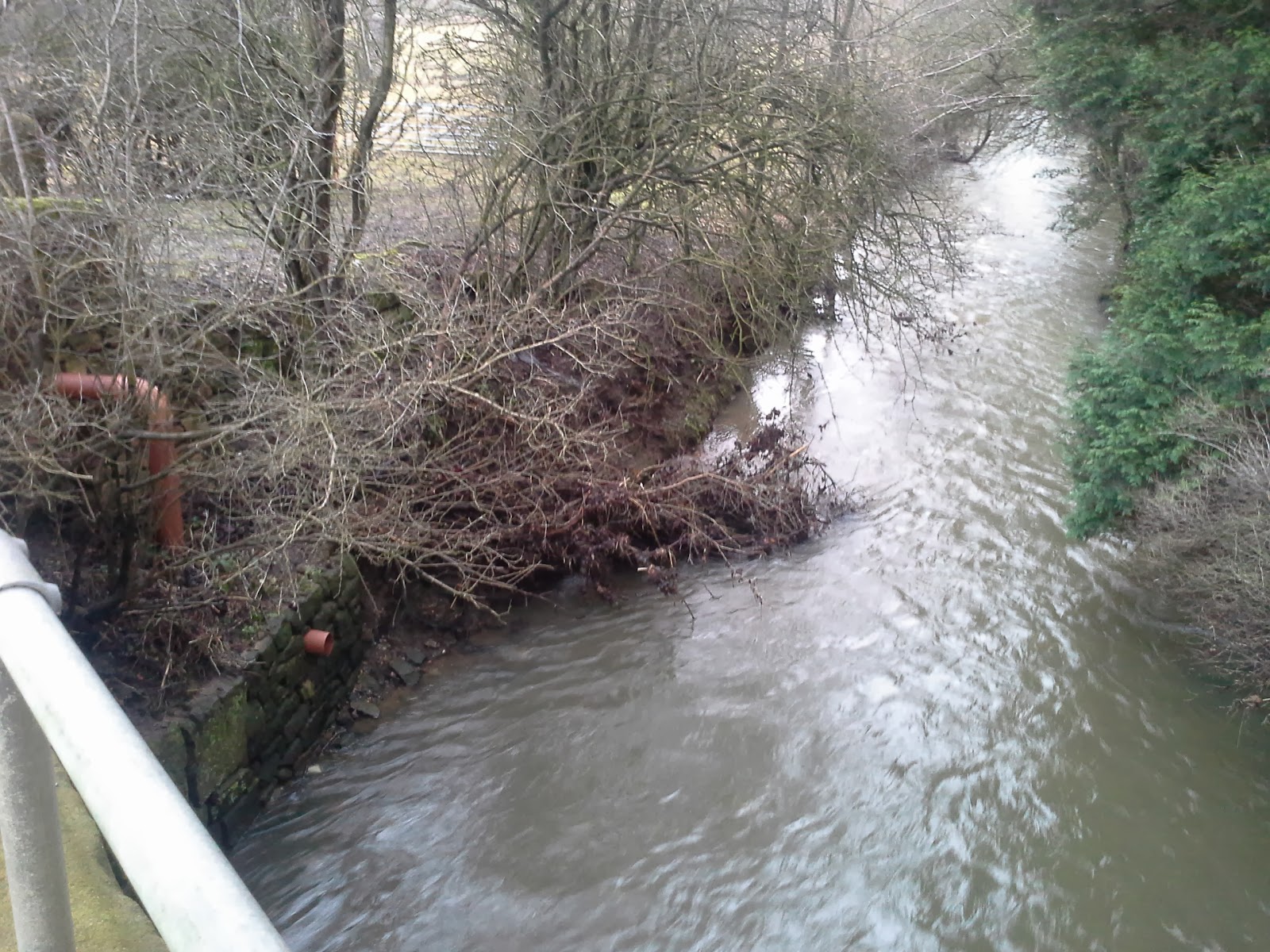 We noticed some snowdrop flowers on the field under the hedges and also in the open ground. You'd not normally find snowdrops in fields grazed by farm animals as they may be toxic. It is a further suggestion that some garden soil has been dumped on the field. I also noted some buds were beginning to swell on some of the twigs. Let's hope there not a cold spell in February to burn this sign of life.
Posted by Oaksys at 21:38